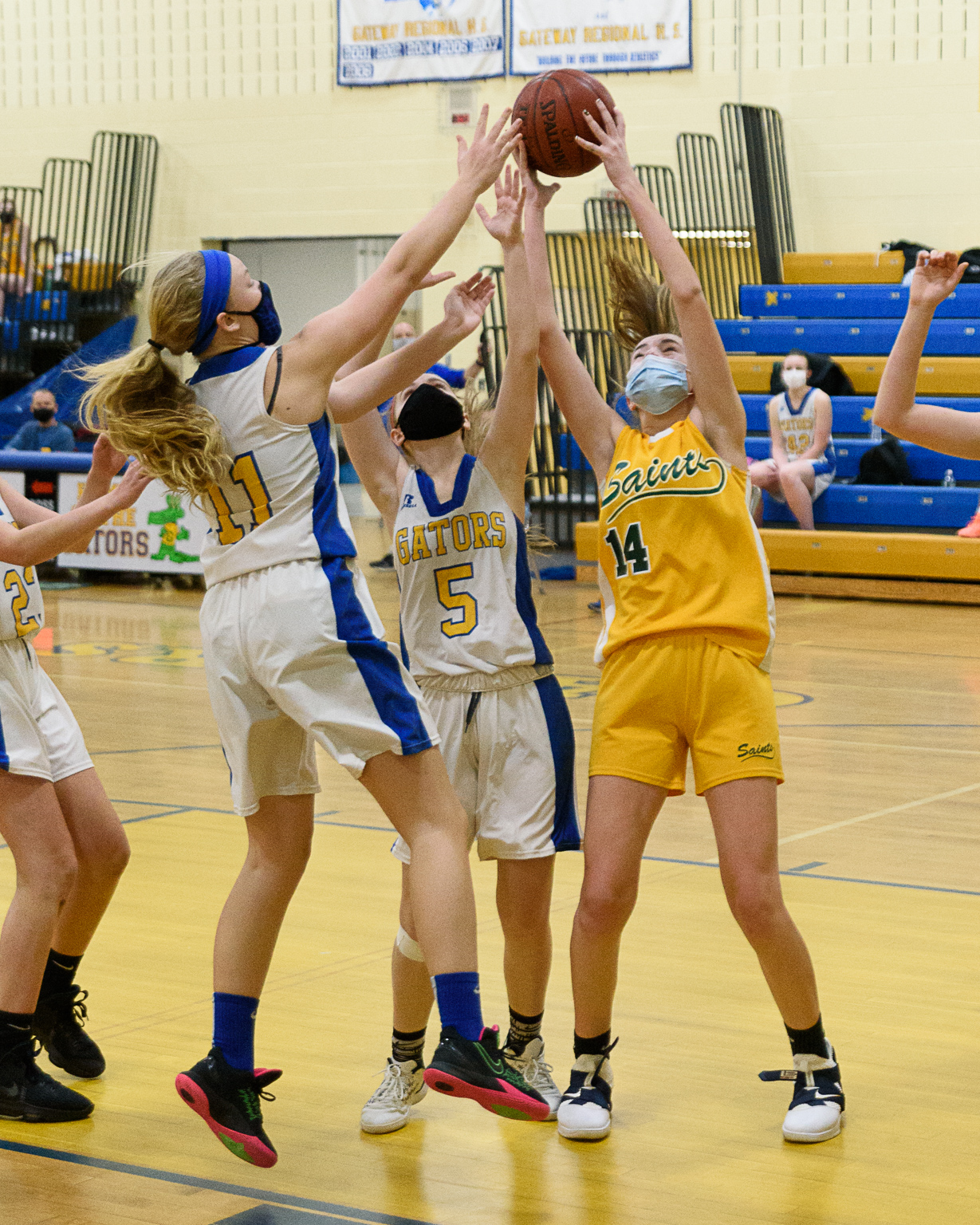 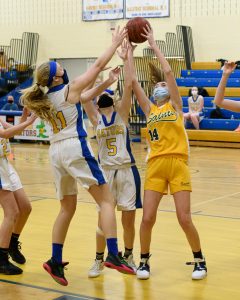 HUNTINGTON – What pandemic?
The St. Mary’s High School girls basketball team used a fast start and held off a late Gateway rally to post a 32-25 win and complete a Covid-shortened 2021 schedule with a 10-1 record.
“This season we were just really trying to keep on stride from last year, getting back into a playoff kind of mentality every game,” St. Mary’s girls basketball coach Rodney Rodriguez said during the season’s final week.
That mindset was evident from the Saints once again.
Early defensive pressure allowed for fast break layups and a 13-5 first quarter lead for St. Mary’s. The Saints led 28-12 at the half.
Allie Goodreau and Emma Goodreau combined for 14 points. The Goodreau sisters scored six apiece in the first half. Paige Hutkoski scored a transition 3-pointer, and chipped in four made free throws. She finished with seven points.
After the halftime break, Gateway’s defense arrived. The Gators held St. Mary’s to just four points in the second half – – a lone basket from senior Paighton Ramos in the third quarter and two points from Caitlin O’Brien in the fourth.
Gateway managed just two points of its own in the third quarter before an 11-point outburst in the fourth, fueled by senior Peyton Bucko, who scored five of her game-high 11 in the final quarter, made it close late.
“Time was against them,” Rodriguez said.
With no high school sports team in the state having the opportunity to participate in tournament games during the winter and “Fall II” sports seasons – – the Massachusetts Interscholastic Athletic Association opted for no postseason competition due to coronavirus concerns – – St. Mary’s remained focused on stacking its building blocks for the program’s future.
“Who knows what the seedings and brackets are going to be for next year,’ coach Rodriguez said. “We’re trying to get a push. Something is there for us with a young team and we will be one year older.”
St. Mary’s will return a strong squad with just one senior, Ramos, departing the team this year.