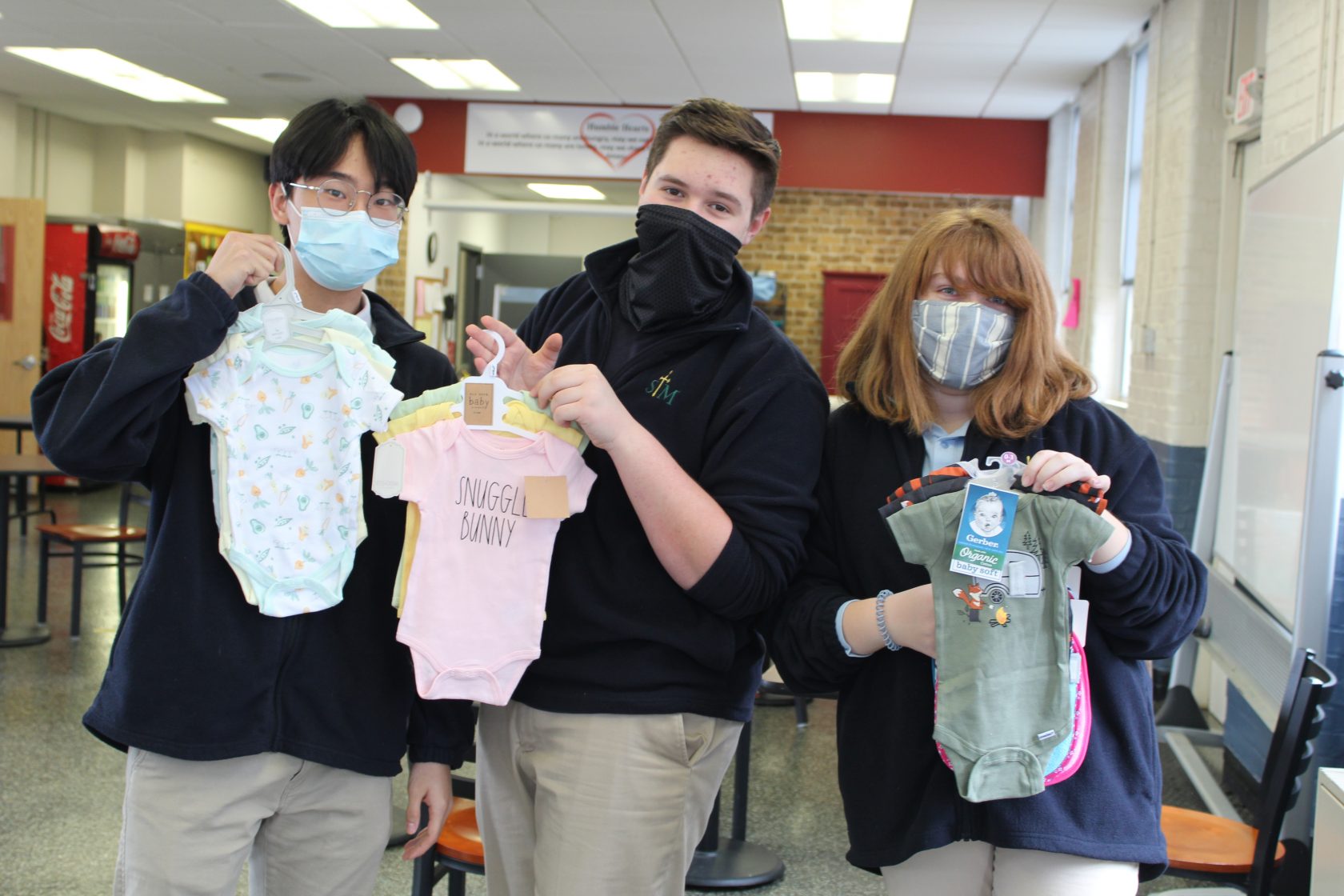 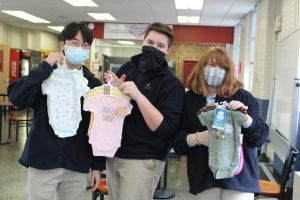 St. Mary’s High School students display a few of the many items they collected for Bethlehem House. (NIAMH MATTHEWS PHOTO)

WESTFIELD – Helping others is second nature to students at St. Mary’s High School.

But when COVID-19 hit last year, many of the community service projects students traditionally supported had to cease. However, the resourceful and loving students found ways to help — socially distanced, of course – and on Monday delivered donated items to Bethlehem House.

Boxes of diapers, baby wipes, baby bath, clothing and more – along with monetary donations – were collected.

Students in the school’s Respect Life Group spearheaded the effort to collect money and baby items for Bethlehem House, a nonprofit that offers free pregnancy resources and support to women in crisis.

“I was a premature baby and my mom had three babies at once and we were in the NICU for six months,” said Sabat.

She and her sister and brother are all healthy teens today and she is grateful for the support her family received and wants to help other moms and babies.

“For me, it’s personal,” she said, noting that the project was all about “sharing the Lord’s mercy and giving back to those who need it.”

Katie Sweeney, a sophomore, said the project is pretty typical for the students.

“It shows the message of St. Mary’s and what we’re all about,” she said. “We like supporting the community.”

The effort was completely student-led said Junior Niamh Matthews, who said the student body, staff and families all contributed.

“I’m a believer of raising up the community and we have a lot of people here who believe in community service,” said Matthews.

Shane O’Connell, a sophomore, said his mother reached out to her friends through social media and collected $150 and numerous diapers for Bethlehem House.

Bethlehem House provided a list of needed items, many of which were things the students would not have thought to include in their drive.

Sweeney and the student organizers were grateful to everyone who donated.

“Thank you to the St. Mary’s community,” said Sweeney. Without the help of everyone, we could not have accomplished what we did.”

“The St. Mary’s teachers and administration are proud of the hard work these students put into this, it was an effort of the entire student body and shows who we are,” Collins said.