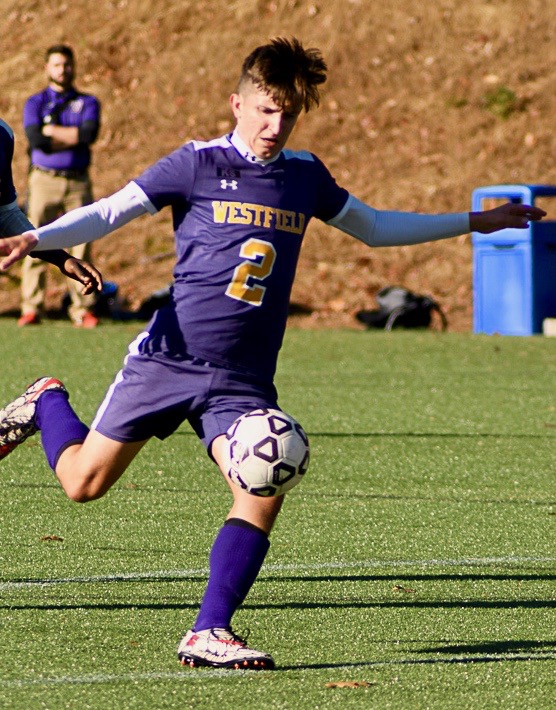 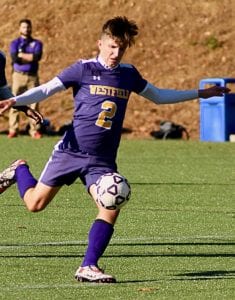 WESTFIELD – If nothing else, the Westfield Technical Academy High School boys soccer team is a resilient bunch.
No. 3 Westfield Technical Academy showed once again that they have much more to prove, advancing in the tournament. On Thursday, the Tigers chased sixth-seeded Smith Academy 3-2 in a West Division 4 quarterfinal game.
David Tikhonchuk scored two goals, including the game-winner; and Bodhi Hall made all three assists to send third-seeded Westfield Technical Academy to the semifinals.
Westfield Tech freshman David Bulatov, who Tigers head coach Kyle Dulude claims is “an extremely hard worker at practice”, broke the ice by scoring his first career playoff goal.
Westfield Tech enjoyed one-goal leads twice, but Smith tied it up both times.
“Our vocational tournament experience definitely paid off today,” coach Dulude said, referring to Westfield Tech’s late loss in the state small schools/vocational tournament. This time around, Dulude called a time out with just over a minute remaining to keep his players attention focused on closing out the game strong.
“This program regrouped after (that) tournament,” coach Dulude said. “We took no pity, turned the page and promised each other to learn from the past and focus on being better everyday as a person and player. I’m so happy for our seniors to be able to play another game.”

WEST D4 GIRLS SOCCER QUARTERFINALS
Saints shut out
No. 1 Granby 6, No. 8 St. Mary’s 0
Top-seeded Granby (13-4-2) held serve, shutting out visiting St. Mary’s. Saints’ goalie Amelia Willenborg was incredible in net, keeping her team within striking distance until late in the game. Willenborg finished with 26 saves.
“It was a tough weather day against a very good team in Granby, but our girls never quit,” St. Mary’s girls soccer head coach Patrick Olearcek said. “Our team is so young and gained so much experience that the future is bright and the expectations going into next year far healthier are very high.”
St. Mary’s produced a 100-point scorer this season in sophomore Allie Goodreau. Goodreau suffered a season-ending injury a short time thereafter, but the the Saints still managed to finish this season 14-4-2.
“I could not be more proud of these girls in all they did this year,” coach Olearcek said. “Our first league title, home playoff game, and playoff victory in over 25 years are wonderful accomplishments. The seniors – Erin Olearcek, Jess Crosby, and Caroline Leahy – have been great role models and have helped ignite the program to two playoff appearances and so much more. … I am so proud and loved every minute of this year with these great ambassadors of the school.”