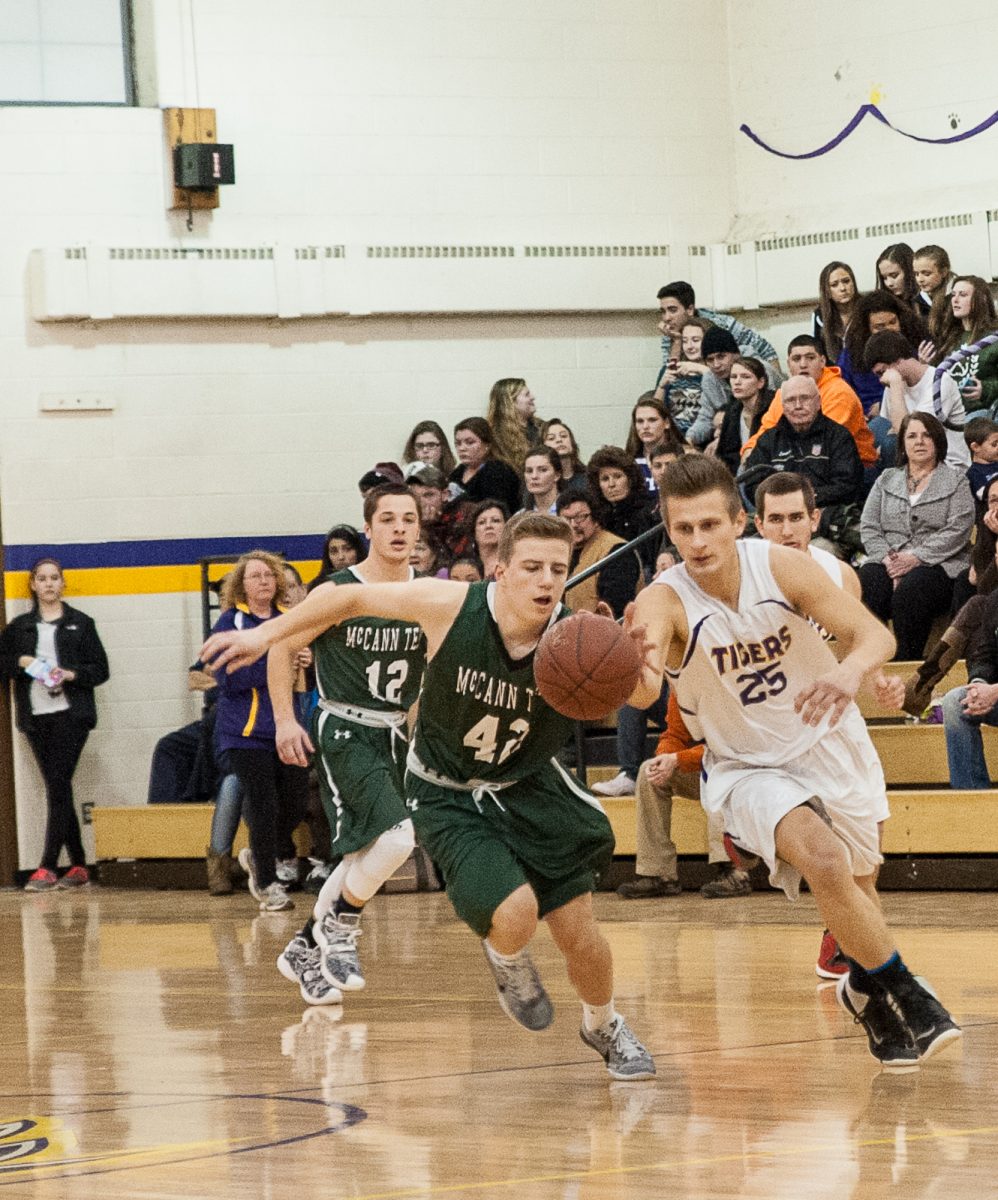 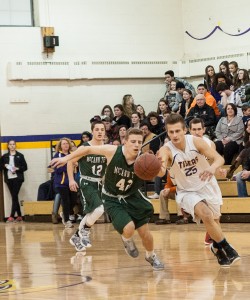 WESTFIELD – The Westfield Technical Academy High School boys’ basketball team has sizzled at times throughout the 2015-16 regular season, On Thursday night, the Tigers were on fire.
Westfield Tech set the hardwood ablaze, burning visiting McCann Tech 53-37 Thursday night at “The Den.”
Five of seven seniors started for Westfield Tech on “Senior Night,” dominating from the outset with the team’s other two seniors providing valuable minutes off the bench.
McCann Tech responded, and actually went into the half with a lead.
Westfield Tech battled back with a 10-2 run, and then buckled down on defense.

“With patience and ball movement we started to attack well offensively as a team,” Westfield Tech coach Kyle Dulude said. The Tigers were outrebounded in the first half, but made the necessary adjustments at the half to swing the game in their favor.
“All in all it was a night filled with excitement,” the Tigers’ coach explained. “The cheerleaders were loud and it was great to see our boys celebrate after in the locker room excited with the success they found throughout the game.”
With the victory, Westfield Tech kept its postseason hopes alive. 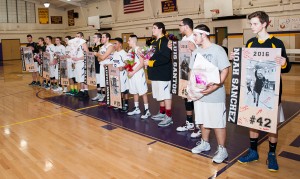 “We have our backs against the wall but the boys are putting everything they got out there,” Dulude said. “Maybe we are clicking at the right time … We just have to put in the effort and give us a chance.”
Westfield Tech will begin a three-game week Monday at St. Mary, followed by contests against Smith Voke (Feb. 18) and Pioneer Valley Christian Academy (Feb. 19).