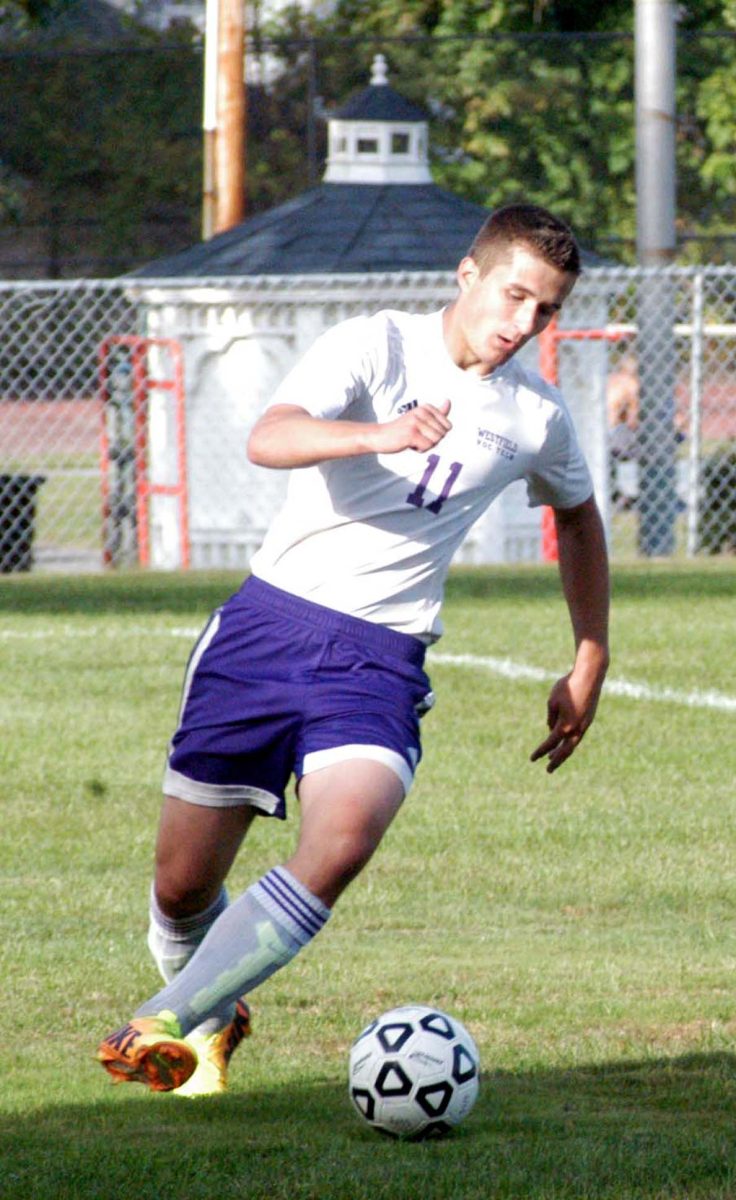 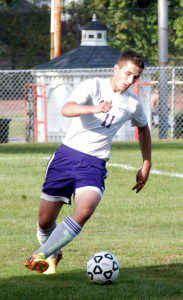 SHEFFIELD – The Westfield Voc-Tech boys’ soccer team delivered one of its finest efforts, and was rewarded justly.
Voc-Tech defeated host Mount Everett 4-1 Thursday to qualify for the Western Massachusetts Division III tournament.
“It was one of the best games we played all year,” Tigers’ coach Kyle Dulude said.
It was a collaborative effort with Voc-Tech’s Roman Tikonchuk putting the finishing touches on Mount Everett. Tikonchuk sealed the deal, scoring two goals in the final 15 minutes to secure the victory.
Dimitry Stepanchuk scored the first two goals for Voke – in the first 1st and 15th minutes. Dominic Rosario set up Stepanchuk on both plays. Cole Provost assisted Tikonchuk on his first effort.
Voc-Tech goalie Mike Brut stepped up in a spot start.
“He was the team’s MVP today,” coach Dulude said of Brut. “All the guys played great. Everyone gave 100 percent … It was nice to see the boys qualify on a quality win.
Mount Everett notched its only goal in the 32nd minute, and applied great pressure the last 20 minutes of the first half.