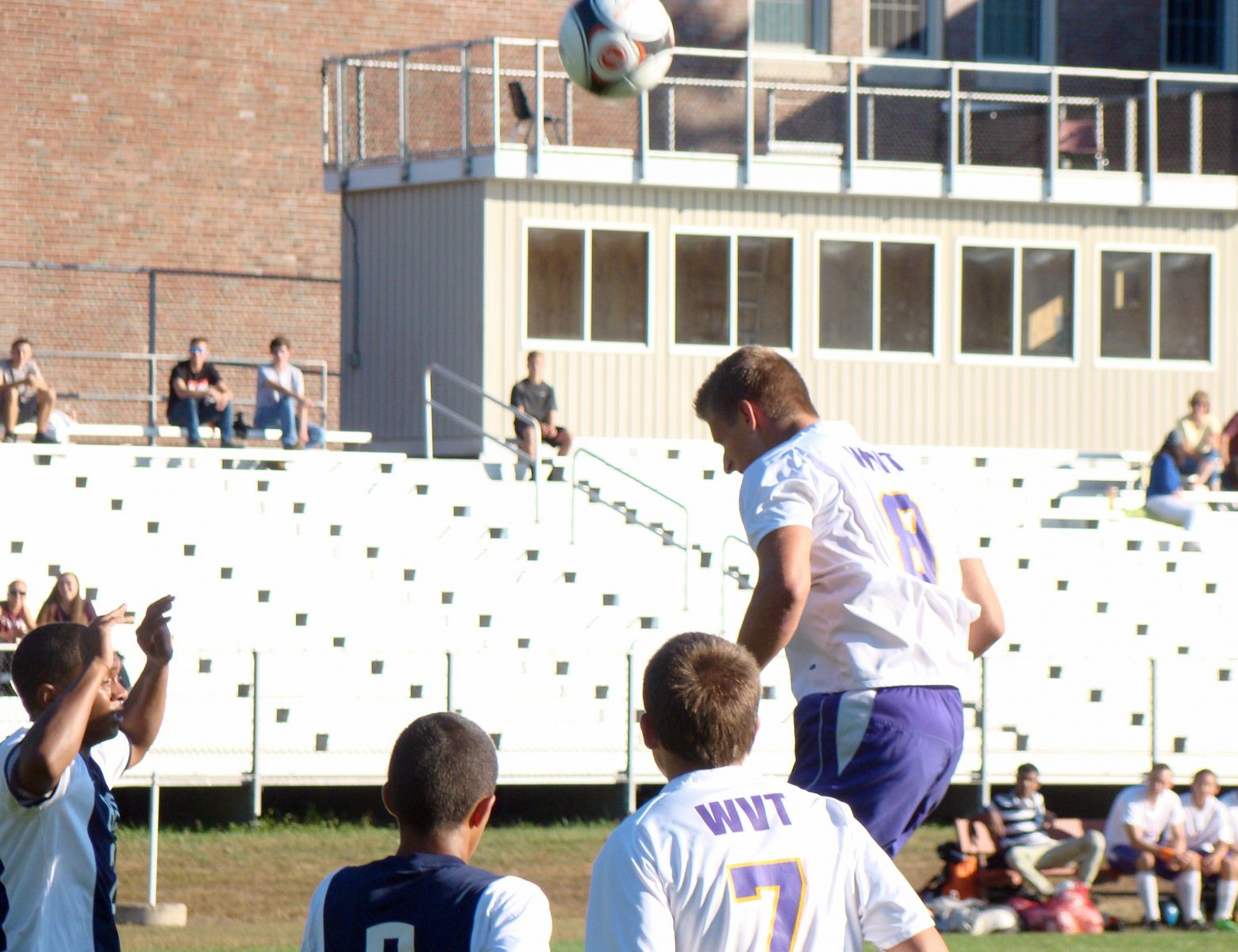 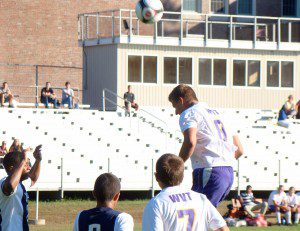 Tigers’ Alex Stepanchuk (8) leaps for a header during a 2015 regular season contest at Bullens Field. (Photo by Chris Putz)

WESTFIELD – For the past few years, one of the state’s pre-eminent small vocational schools’ boys’ soccer teams has resided in the Whip City’s back yard at Westfield Technical Academy.
Last season, the Westfield Tech boys’ soccer team defeated Upper Cape Cod Tech, of Bourne 2-1 in a thriller at Bullens Field to capture its second small vocational schools’ state title in three seasons.
Westfield Tech compiled a sensational 16-1-2 record before suffering a heartbreaking overtime to Lenox in a Division 4 west sectional semifinal, the same team that handed the Tigers their only loss of the regular season.
It is only fitting that the two teams will meet on opening day of the high school fall ’16 regular season in the Whip City, Tuesday, Sept. 6, beginning at 4 p.m.
The game kicks off another boys’ soccer season, but it is not the school’s only sporting event of the day. Also, that Tuesday, the Westfield Tech golf team opens against Easthampton at East Mountain Country Club. Tee time is 3 p.m. The cross country squad hosts Westfield and Longmeadow at Stanley Park at 4.
The Lady Tigers open up Wednesday, Sept. 7 at home against Renaissance at 4 p.m.

For a complete listing of high school sporting events, see our Schedules/Standings Page online or daily in The Westfield News.