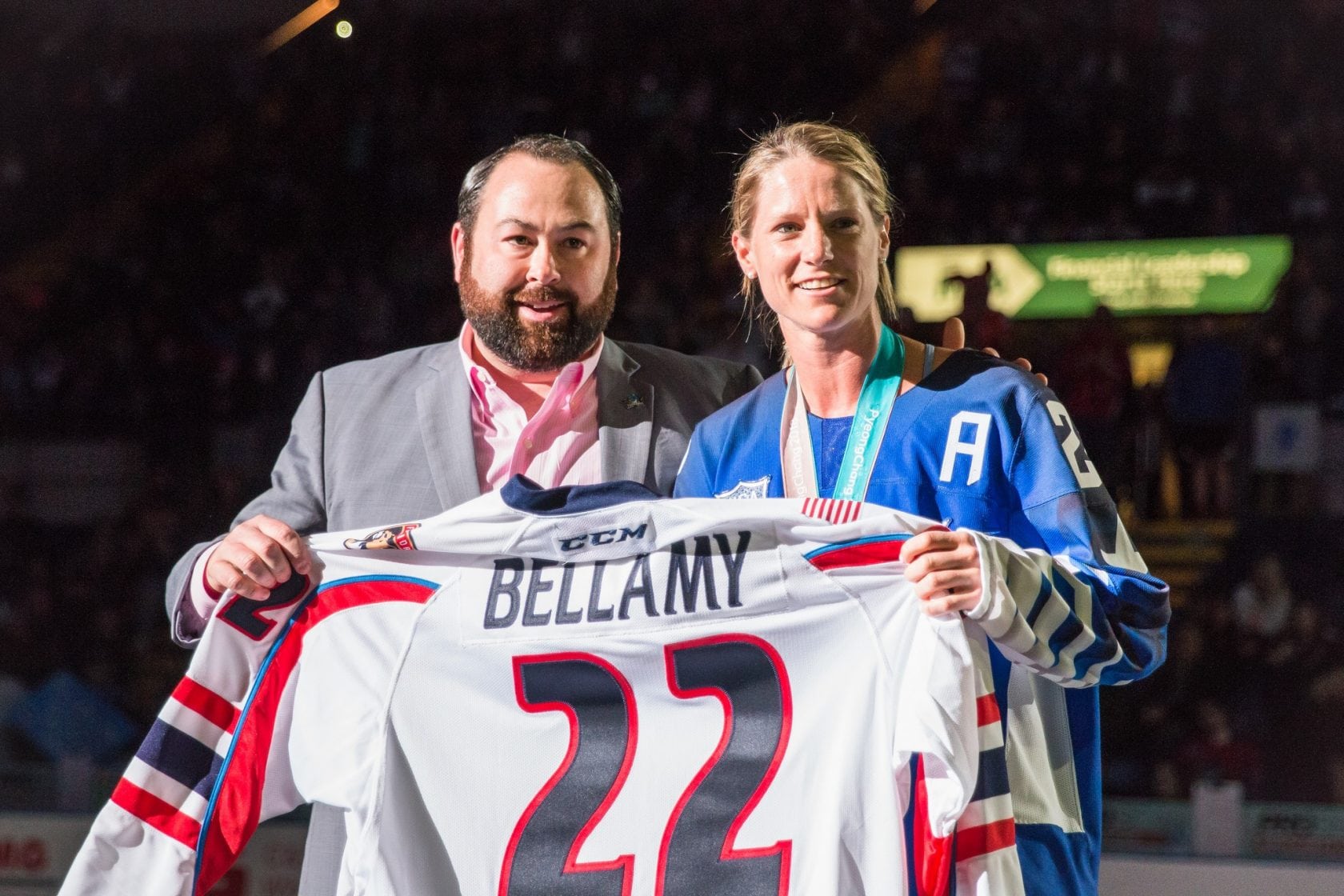 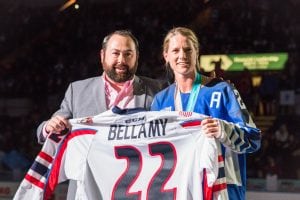 SPRINGFIELD – The Springfield Thunderbirds presented Olympic women’s hockey gold medalist Kacey Bellamy, of Westfield with her own Springfield Thunderbirds AHL jersey on Saturday, March 31 at the T-Birds game at the MassMutual Center. Bellamy was part of a sold-out crowd (over 6,700 fans). She signed autographs for hundreds of fans as part of a meet and greet and also presented trophies to all of the Greater Springfield Youth Hockey League champions on the ice during the first intermission. Each player received a gold/silver medal as part of the ceremony.