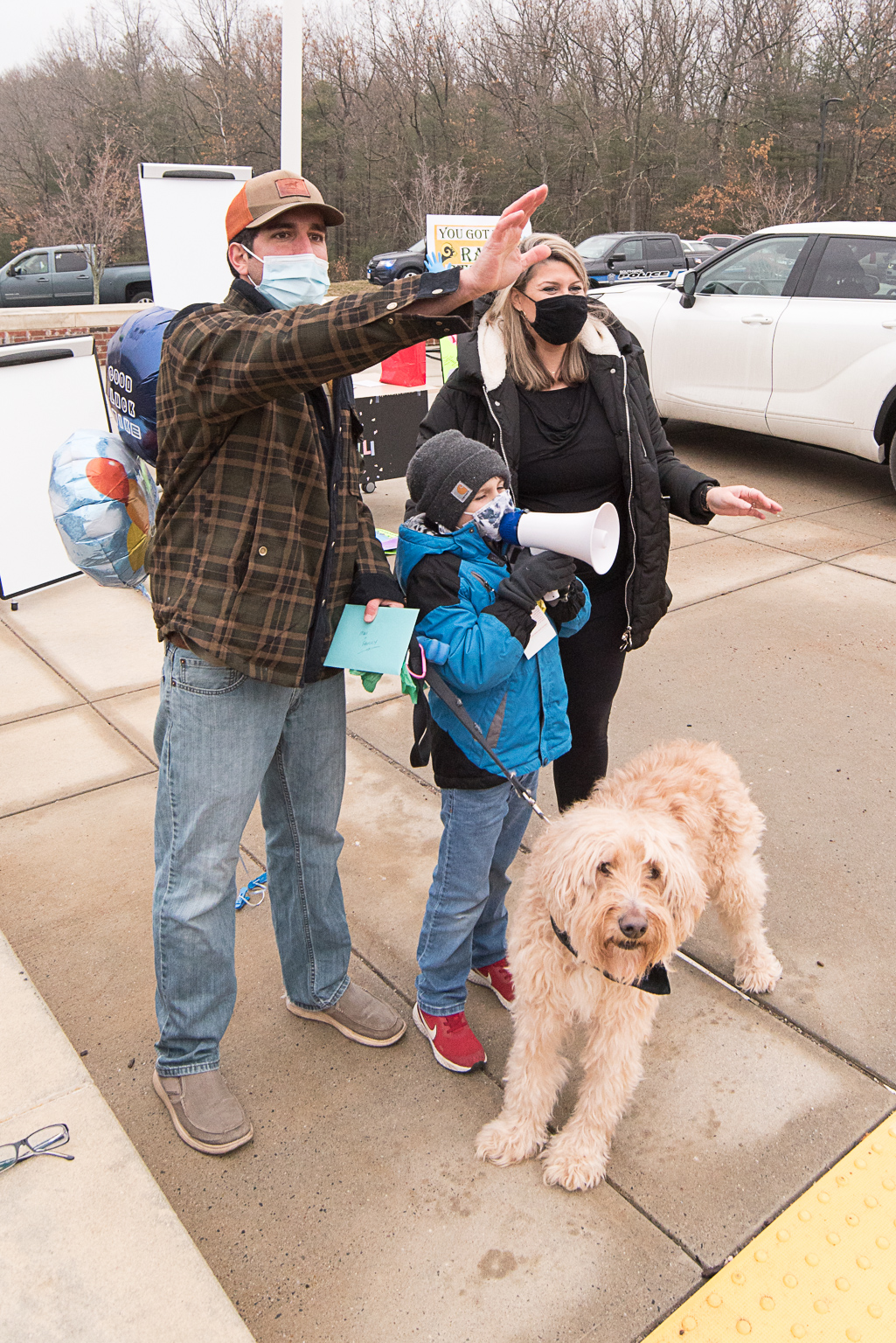 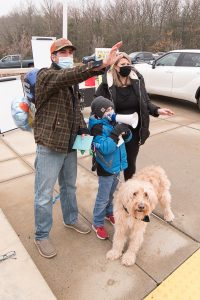 Pescitelli has a rare form of lung cancer and his students rallied around him last week, reaching out to the community for additional support and organizing a car parade at Southwick Regional School (SRS) Friday afternoon.

SRS senior Adam Smith and his classmates organized the event because Smith said Pescitelli “has always been the person to pause everything to be there for us, so we knew we needed to reciprocate that now more than ever.”

Pescitelli has been someone students can rely on, said Smith.

“Ever since Mr. P arrived at SRS, he’s been simply this: A true friend,” he said. “When we’d see him in the hallways, there was never a time where we wouldn’t see his signature smile as he asked us about our day. When we’d send him an email, we would always see a reply two minutes later. From founding our E-Sports team, to helping bring Wreaths Across America to SRS, Mr. P has brought his insight, energy, resilience and genuine love for the Southwick community day in and day out. He’s absolutely one of a kind.”

“There was never a day at SRS where we wouldn’t see a smile on his face, and as students we all knew that he genuinely loved to see us day in and day out, no matter the circumstance.,” Smith stated. “He has always been a true friend, who would set aside everything for anything we needed as students, and as friends. The community’s support is needed now more than ever to help one of our own in this unimaginable time.”

“He was stunned and absolutely thankful for each and every one of you!” Smith stated following the event. “Seeing the middle school parking lot filled 20 minutes before the parade even started was one of the most heartwarming experiences as a member of the Southwick community.”

A GoFundMe account was created by Nick Brown, SRS Class of 2020 and E-sports team member, to assist Pescitelli’s family with costs associated with the surgery and treatment.

Smith said he was excited that so many people support Pescitelli.

“The entire Southwick community is praying for his health, recovery, and family,” he said. “We can’t wait to see him when he gets back!”